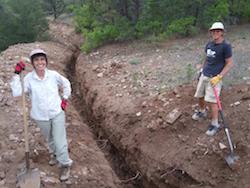 This grant would be used to connect the director’s house into the new water supply piping installed over the last three years. This last phase will allow us to retire old, leaking distribution piping.

Like other piping we’ve installed, new piping will be buried at twice the frost depth so it won’t freeze in the winter. We will include a trace wire system on the piping to locate the piping for future connections, and to monitor the depth should there be any surface erosion over the ensuing decades. This new piping and associated valves are municipal grade and should last at least 100 years.

These improvements to the water system infrastructure will strengthen DKD today and for a very long time to come. 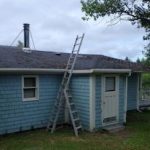 Goal $3180  •   Raised $2586  (2022) The project is to re-shingle the roof on the oldest cabin at Milk Lake (Buddhalocana Cabin) to allow for continued solitary retreats. By the … END_OF_DOCUMENT_TOKEN_TO_BE_REPLACED